I Was Reborn With All Max-Leveled Classes of Mage, Warrior, Rogue, and Healer! 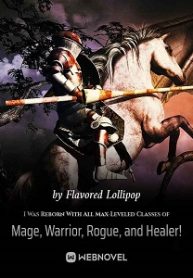 I Was Reborn With All Max-Leveled Classes of Mage, Warrior, Rogue, and Healer! Average 3.8 / 5 out of 43

I Was Reborn With All Max-Leveled Classes of Mage, Warrior, Rogue, and Healer!

In a mass ambush at the Battle of the Gods, the four major guilds with all their armies surrounded one man alone: McRae, known by all players as the God of War.
But even the God of War could not survive alone against hundreds of attackers.
Yet, when McRae opened his eyes again, he’d returned to the first-day launch of the game, [Divine Domain]- and he still had his full-level character, with all classes available to him to switch freely between at any time.
With all his previous memories, McRae knew that their entire world would soon merge with the game world, where death would become permanent… And so he turned on Divine Domain once more– this time fully aware of every detail about the players, the treasures, and the game itself.
Before the four guilds were even formed, McRae would have a guild and an army of his own.