HOT My Dad Is the Galaxy’s Prince Charming 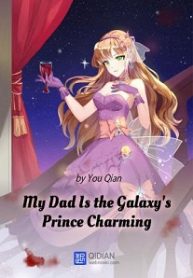 What would you do if your planet ceased to exist after a nap?

Once upon a time, there was a princess…

Once upon a time, there was a hermit called Yao Si.

She was an orphaned hikikomori who lived a peaceful and mundane life in her cosy little apartment.

Just when she thought she’d live out the rest of her mundane days… she died.

By a strange twist of fate, she was somehow turned into a vampire, even worse, a fifth-generation weakling with no combat ability at all.

Vampires had their own little secret society, cultural feuds, and called themselves bloodlings.

With the threats of another civil war among the bloodlings, Yao Si remained composed.

‘Even if this war of bloodlings rages on again, it will need a miracle to affect me,’ she thought.

So, a miracle occurred…

When she was woken up from a millennnia-long nap, she found that her beautiful mother planet Earth had ceased to exist.

Even the oldest bloodling in the entire universe was now one of her grand [ times infinity] child.

Everyone will have to call her “ancestor” from this moment onwards!

The peasant Yao Si had successfully revolted and taken charge, let’s see who dares to call her a weakling anymore!

“Hey! You, that guy over there!

You’re reading Chinese web Novel  “My Dad Is the Galaxy’s Prince Charming” on BOXNOVEL . Thanks!

Transmigrating to the 80s to Become Stepmom to Five Bigwigs

I’m Cultivating Immortality While Everyone Else Practices Martial Arts