Rebirth of the Godly Prodigal 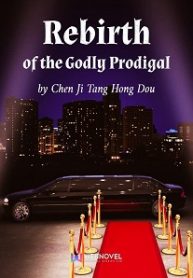 “I have to squander; otherwise, won’t it be a waste of my parent’s talent at earning money?” Hong Dali answers a reporter’s question matter-of-factly.

Just after the interview ends, Hong Dali opens the Great Prodigal System’s interface and looks at the various good stuff displayed in it. Stroking his chin, he mumbles to himself, “I just need to squander 200 billion yuan more to exchange for the blueprint of the core technology, Engine Destruction, found in the strongest humanoid mecha weapon, Neo Granzon. Looks like I’ll have to work harder!”

You’re reading Chinese web Novel  “Rebirth of the Godly Prodigal” on BOXNOVEL . Thanks!