She was born into a wealthy family 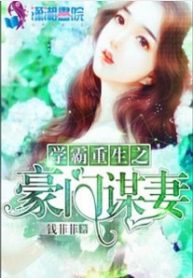 She was a combination of a high iq scholar and a black-bellied prince charming. She was a one-on-one, two-on-one, two-on-one, absolutely refreshing, and she was welcome to jump into the pit.
She was a young and famous physicist from a future world.
He was the eldest son of a modern wealthy family.
When she was in a plane crash and became a modern-day second-generation girl, she was proficient in drinking. She was also ranked last in her studies. At home, her elder sister did not love her, her younger brother hated her, and her parents did not care.
In the circle of Friends of the rich second generation, they also looked down on this idiot.
He was noble and elegant, the idol of all women.
It was said that Qian Shuishui was a bad student, and her mind was empty every day.
It was said that Qian Shuishui was a bad girl, playing with boys’emotions
It was said that Qian Shuishui was a bad girl, and she was good at eating, drinking, and playing.
Then please tell me, who is this woman in front of me, leisurely drinking coffee, and reading the physics report in a foreign language with great interest?